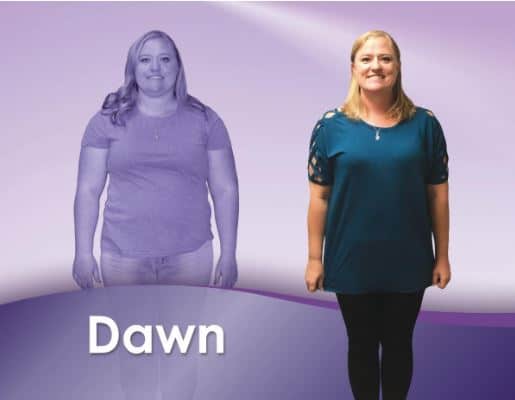 Perhaps the most wonderful thing about being in practice for over 20 years here in northern Nevada is getting to see my patients in long-term follow up, decades after their surgery. In the case of sleeve gastrectomy, it’s particularly gratifying to see people from the area for whom I performed their sleeve gastrectomy 10 years ago. For most of them, it has made a remarkable long-term positive impact on health, well-being, and longevity. Similar results are found in recent published studies. Here’s what the latest data tells us about sleeve gastrectomy, ten years later.

The vast majority of people in the long-term studies after sleeve gastrectomy have experienced a profound improvement in health, with specific reductions in high blood pressure, type two diabetes, sleep apnea, and overall mortality risk. 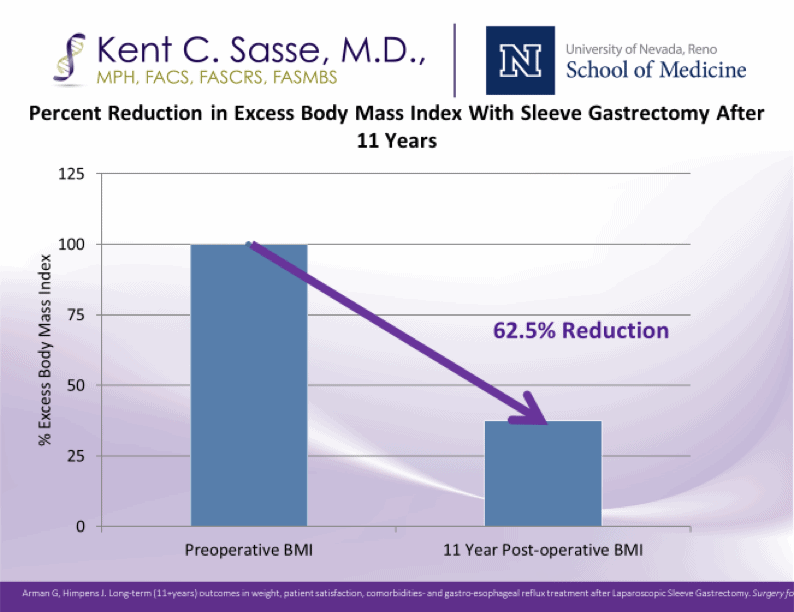 Several studies show that 10 years later, the average amount of weight that people have kept off is around 55% of the original excess body weight. So to make that more understandable, if the person originally came in with 100 extra pounds, they typically would’ve lost 70 pounds or more in the first year, but 10 years later they still are 55 pounds lighter than they were when they started. In other words, some weight re-gain is the norm ten years later.

As the illustrations from recent studies show, the weight trajectory mirrors the weight gain that the entire population experiences with age. No surgery is a perfect miracle that completely stops the long-term weight gain and aging process. After sleeve gastrectomy, factors including genetics, health conditions, and dedication to exercise play a role in long term success. 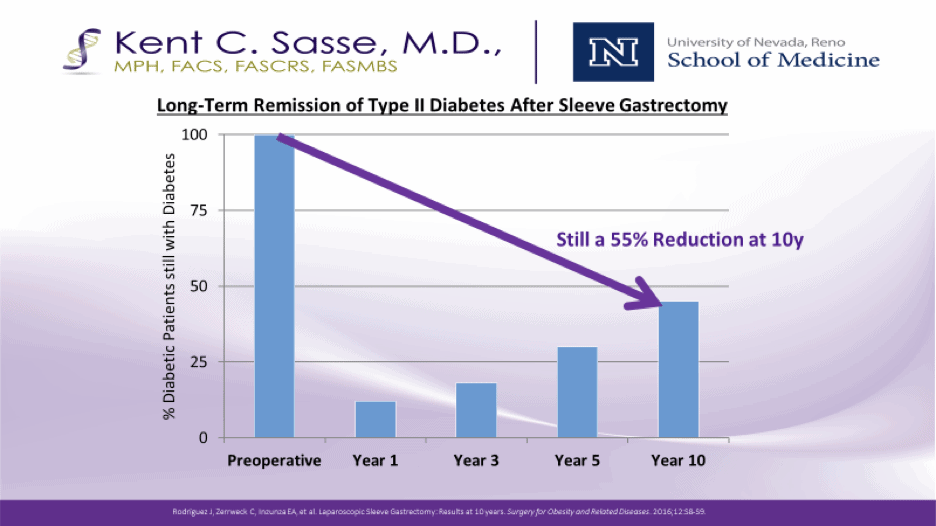 Some additional important points: with sleeve gastrectomy especially, there are notably few long-term side effects or complications when compared to people who chose no surgery and people who chose gastric bypass surgery or banding surgery. The side effects and adverse health effects are dramatically less than people who chose no surgery. Compared to groups who chose no surgery or who chose gastric bypass surgery, there is somewhat more gastroesophageal reflux among the sleeve patients. A small number of people ten years later have required conversion to a gastric bypass because of severe reflux. There is minimal severe vitamin or micronutrient abnormality, with low vitamin D, iron and B12 normally responsive to oral supplementation much more so than for bypass procedures. Lastly, for the 10 to 20% of individuals who have not experienced long-term success – approximately the same number in people who underwent sleeve as gastric bypass – the most important thing is to know that the procedure can be revised or upgraded to achieve the successful results with revision surgery.

If you’d like to learn more about weight-loss surgery and find out if you’re a candidate, contact the team at Nevada Surgical in Reno today. We’re happy to answer your questions.