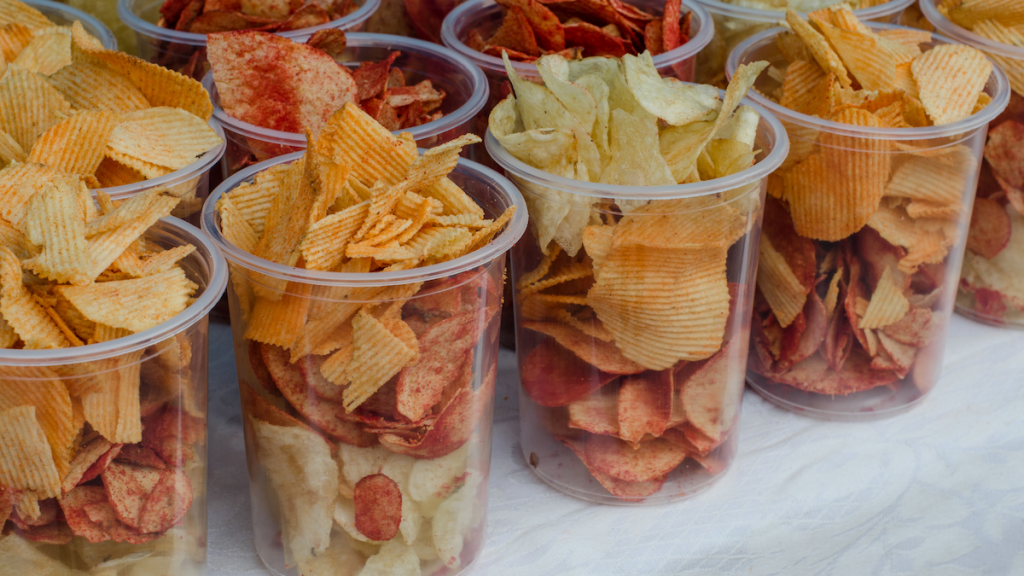 There is no question that a very sophisticated effort has been purposely undertaken by the food industry to provide all of us simple consumers with foods that are increasingly irresistible. And bad for our health.

Delivering those amazingly pleasurable mixtures of salt, sugar, fat, flavors, and scents lead us to consume an immense quantity of processed snacks that we would simply never have done with, say, apples picked from a tree.

A new book by Michael Moss, the Pulitzer Prize winning author, explores how the food giants exploit our addictions. In the book, he builds upon his past 2013 book about how these same companies hooked us. I am ordering my copy, and I will confess I have not yet read it (so this is not a review, ha), but as you can imagine, I am rather familiar with the thesis. I had an old college friend who became a “food scientist,” a job description I had never heard of before. I soon realized that they were in fact armies of food scientists whose mission was to, well, sell us more food. To do so, they needed to create foods that caused us to experience pleasure and the desire to eat more of them and thus buy more of them. It turns out that foods we eat cause a lot of pleasure by activating brain chemistry that is as old as humanity itself. What is different in the modern era of food scientists is that deliberate, scientific methodology is brought to bear on the problem of how to activate the human brain chemistry with iterative changes in food formulations tested upon thousands of volunteers.

I learned that one of the jobs my friend performed was to herd unsuspecting young people into a study on breakfast cereals and closely record their subjective responses as well as the objective speed with which, and the quantity of, breakfast flakes they ate. By systematically and subtly altering the compositions first with increases or decreases in salt and sugar, followed by more complex changes in oils, texture, mouth feel, crispiness, and a whole host of other variables only a food scientist could understand, the effort eventually produced the flake with the highest likelihood of inducing the greatest pleasure as registered by the human brain.

There is no doubt that regular humans are powerless to resist this sort of industrial age scientific method brought forward to induce our dopamine response with cornflakes. And studies clearly demonstrate that we consume more as a result. These scientific corporate efforts have indeed coincided temporally with the obesity epidemic.

But do they really explain it?

Many of us in the field have deep suspicions that the irresistible foods produced from the bold new corporate scientific method, while indeed causing us to eat a greater quantity, do not have the power to induce widespread obesity. That is, unless another ingredient is also present.

Changes in the Food Itself

That other ingredient is believed to be the intrinsic, and in fact genomic, change within the foods themselves. And yes, this means taking it back to the fields and the plants from which the cornflakes and the wheat flour and the vegetable oil come. For it is here that we see another industrial change, lightly regulated, that temporally once again coincides with the obesity epidemic. And one need only a passing familiarity with agriculture to realize that none of the main worldwide food staples for human consumption—wheat, corn, rice, soy, and others—are the same as they were 100 or even 50 years ago. As agricultural techniques including hybridization and genetic modification have led to sweeter, whiter, less bitter, higher-yielding foods, they have also created unknowable changes in the large genomes of these cultivars. And no regulatory body has as its mandate an attempt to understand the dizzying changes in the genomes, which in many cases are several times larger than the human genome. There is reason to believe that some of the changes which were meant to create a higher yielding wheat, for example, may also activate biochemical properties within human beings that lead to insulin resistance and weight gain.

A Perfect Storm for the Obesity Pandemic

Thus, combine these very efficient scientific processes from the food giants with genetic changes in the foods themselves, then add in a few other special booster shots from the environment like video game screen time, antibiotics and antidepressants that cause obesity, and we seemed to have arrived at the perfect storm for a worldwide obesity pandemic.

We are collectively in the bottom of the first inning of a game that ultimately will unearth the true roots of the obesity epidemic and find policy solutions to combat it. Casting a light upon the practices of the corporate food giants is a healthy step toward an eventual fuller understanding of all the ingredients that have been mixed together, some intentionally and some entirely by accident, to produce this deadly concoction of obesity and diabetes around the world.