Does Bariatric Surgery Shorten Your Life? Overwhelming Data and Large Studies Say The Opposite

Home / Does Bariatric Surgery Shorten Your Life? Overwhelming Data and Large Studies Say The Opposite 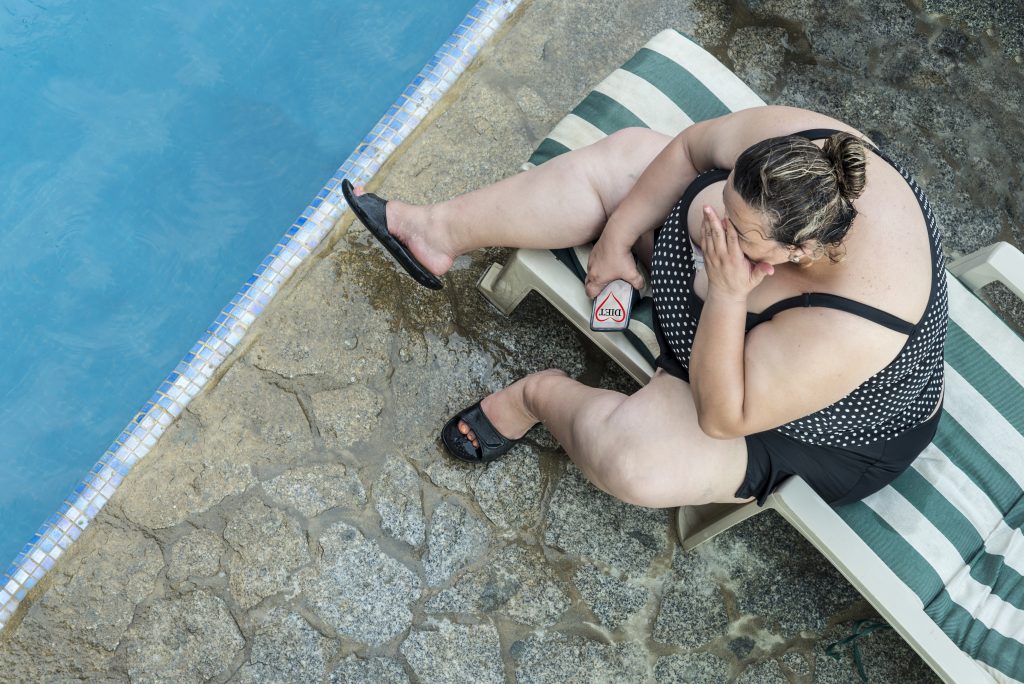 Sometimes a medical treatment just seems odd, and people wonder if it might have adverse effects. This is a question some raise with respect to bariatric surgery, a minimally invasive surgical procedure to treat obesity and type 2 diabetes. The most common form of the procedure today is a 45-minute procedure with four to five bandages, and it’s among the safest procedures in the world, ranking near an appendectomy for routine safety. But what about long term – could bariatric surgery shorten your life?

According to the Data

The answer to this question could not be more clear. Literally millions of people have been studied and hundreds of studies have been published that show an overwhelming reduction in mortality risk from bariatric surgery. In other words, people live longer because of the surgery, and substantially so.

In the many long-term studies of bariatric surgery, people have experienced a profound improvement in health, with specific reductions or reversals in high blood pressure, type two diabetes, sleep apnea, and a major reduction in overall mortality risk. Here’s the data from Sweden’s long running analysis. 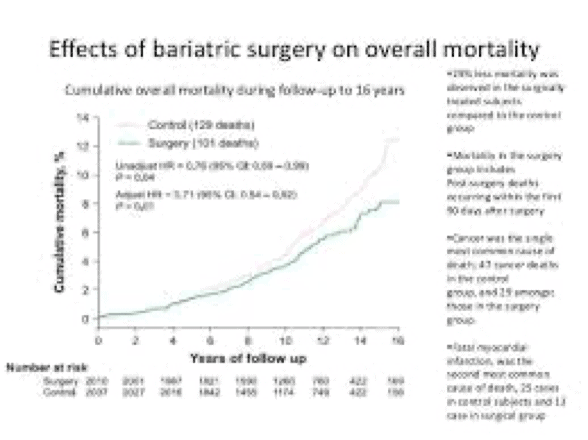 Among people who have type 2 diabetes and obesity, the survival benefit of bariatric surgery – be it gastric bypass or sleeve gastrectomy – is even more profound, as this large U.S. study hows. Four years after bariatric surgery, the surgical patient’s risk of dying is less than half of what it would have been without surgery.  And the divergence keeps getting wider. It’s why the term “safer with surgery” applies so strongly to bariatric surgery. Looked at over even a couple of years’ time frame, risks are reduced and life is definitely safer with surgery. 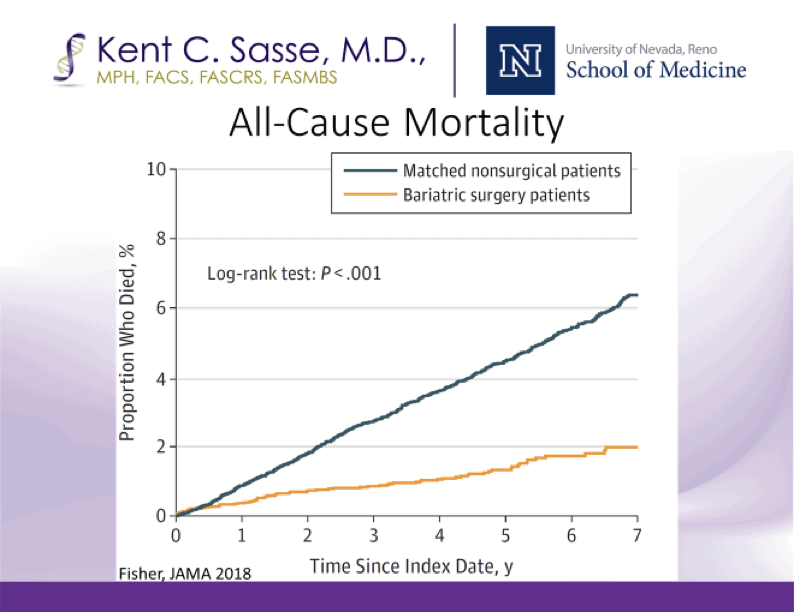 Several studies show that 10 years later, the average amount of weight that people have kept off is around 55% of the original excess body weight. So to make that more understandable, if the person originally came in with 100 extra pounds, they typically would’ve lost 70 pounds or more in the first year, but 10 years later they still are 55 pounds lighter than they were when they started.

The Evidence is Clear

No treatment completely stops long-term weight gain or the aging process, but the evidence is overwhelming that metabolic surgery reduces mortality risk.

Medicare and an overwhelming number of health insurance plans cover bariatric surgery because of the health effects and long term risk reductions it provides. If you’d like to learn more about whether bariatric surgery is a good option for you, contact the team at Nevada Surgical today.